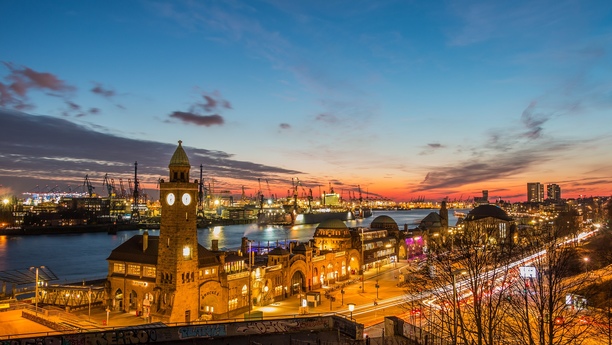 The SIXT branch is situated at exit Stellingen on motorway A7 close to the underground station Hagenbecks Tierpark (zoo) in a small shopping mall on the transverse link between Kieler Strasse and Siemersplatz.

You can reach the branch by public transport using underground line U2 and buses 22, 181, 281, 392 and X22. Immediately in front of the branch's entrance there is a taxi spot.

Please park your SIXT vehicle at the back of the SIXT building. The parking spaces are located in the Lokstedter Höhe. Alternatively, you can park the vehicle in the public parking lot on Lokstedter Grenzstraße. Please not in the car park and not in the P + R parking lot. Please put the vehicle keys in the key box. The keybox is located at the end of the left shop window front.

Other SIXT branches in the vicinity of Hamburg Lokstedt

Welcome to our Sixt rent a car branch in Hamburg Lokstedt! Our team looks forward to providing you with our premium car rental services to satisfy your mobility needs. We offer affordable rates on a large selection of top quality, top brand vehicles that can cater to a range of plans or purpose. Choose what suits your best from our up-to-date compact cars, sedans, sports cars, convertibles, and SUVs. Our location in Hamburg Lokstedt is reachable via public transportation as we are near to several bus stops and just a short walk from the Hagenbecks Tierpark Ubahn station.

We recommend to book your Hamburg Lokstedt rent a car in advance online or over the phone. As you make your reservation you can easily enhance your car rental with useful extras. We offer great deals on an array of add-ons and upgrades such as GPS, additional driver coverage, child seats, insurance packages and more. Please be aware that we cannot guarantee you to receive a specific model, but you will receive an equivalent vehicle in your chosen car category. With the keys to your Sixt rental car you can set off from our Hamburg Lokstedt branch and see the sights, right near us the Tierpark Hagenbeck, a fun zoo and aquarium. Other services available at this branch include courtesy 24 hour returns and the chance to reserve the rental car of your choice with our iPhone app.Drive in comfort and style with Sixt!

Small station. Very friendly staff. You can reach the station easily by public transport (U2 Hagenbeck Tierpark), so it is convenient to get there.

Extremely fast check in, and got the exact car I asked for. I do not speak much German and the woman helping me did not speak much English, but we managed! I really appreciate how kind and helpful she was even though my ability to communicate was limited.

Everything was good except when I returned the car with full tank fueled just 10 minutes before the return. The car attendant marked the tank as not full because the dial arrow showed just below the upper level. I said the fuelling was automatically switiched off by the pump when the tank went full, and it did not want to work any more. The attendant said it did not matter, and he registered the car as returned with not full tank. Then I showed the attendant the pump station bill stating that I paid about 42 Euros just some 15 minutes ago upon fuelling the car. After that, he cancelled the car return registration and allowed us to have some extra minutes to have the car to manually fuel over the existing tank level. I did my best fighting with the fuel nozzle handle so that I was able to slowly take 3 liters of gasoline more at a nearby pump station having paid additionally 4+ Euro, and finally returned the car to the attendant. I liked the service on rending the car because I received exactly what I wanted. I did about 6000 kilometers in this car and returned the car in excellent condition. But this accident about the position of the fuel dial arrow somewaht lowered my otherwise good feeling about this car rental. For all remember, I received the car with approximately the same position of the fuel dial as I returned. Not sure who of us was right. In my opinion, if the pump automatically switches off at the full level in the tank, it has to be enough and has to be accepted. The distance between the pump station and the car rental office was about 2,5 km