Lahore Airport
Sorry, we have no results for you :( 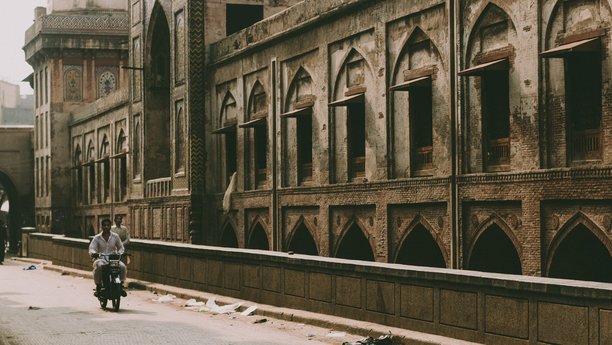 Rent a car in Lahore, Pakistan with SIXT for a premium car rental experience in this historic, cosmopolitan city. With a car rental in Lahore you will benefit from our seamless online booking system and excellent customer service. Our premium fleet is made up of both economy and luxury vehicles produced by world-class car manufacturers like Toyota.

Our branch is located at the Lahore airport so you can hit the road straight after arrival. Our friendly staff will be waiting to greet you and answer any questions you may have about your rent a car in Lahore. We also offer 24/7-customer service should you need assistance at any point during your rental period. Reserve one of our rental cars online or in our app in advance and you can save money. You can also choose from our range of optional add-ons that provide practical mobility solutions for different vacation needs.

Your car rental in Lahore comes with unlimited mileage, giving you unlimited options to explore Lahore and further afield. Use our online booking service to browse the range of available vehicle categories. Our car rentals in Lahore are packed with the latest features including driver-assist systems and air conditioning. In addition, you can tailor your rental car in Lahore with our convenient add-ons that include:

Though congestion has been a problem in Lahore, the city has recently improved its road network with new highways. Rent a car in Lahore and you can easily explore the city’s nine districts. Lahore’s Allama Iqbal International Airport is just 10 miles from the center right next to the L-20 ring road connecting you with two of Pakistan’s major motorways, the M-2 and the M-3.

Lahore’s unique architecture and cosmopolitan culture has made it a popular tourist destination in recent years. Its old city is one of the oldest walled cities in the world and contains many of the city’s most impressive buildings such as the huge Lahore Fort. Other must-see sights here include the Badshahi Mosque, the Imperial Baths, Wazir Khan Mosque and the Eiffel Tower of Pakistan. The walled city has 13 gates dating back to the Mughal period, some of which are incredibly well preserved.

Lahore is home to one of the most highly regarded museums in Pakistan, the Lahore Museum, established in 1865. It has a massive collection of archaeological artifacts as well as a fascinating photography exhibit on the emergence of Pakistan as an independent state.

Hiran Minar is an incredible and unusual architectural site in close proximity to Lahore. Originally a memorial tower devoted to a deer of the Mughal emperor Jahangir, the complex also features an octagonal pavilion set in a giant water tank, built in 1634 and designed to quench the thirst of the emperor’s animals.

Another fascinating excursion is to take the drive out to Wagah on the India-Pakistan border. The site is popular because of the daily flag lowering border ritual, held by both nations as a symbol of brotherhood and cooperation.

Distances from Lahore Airport to: