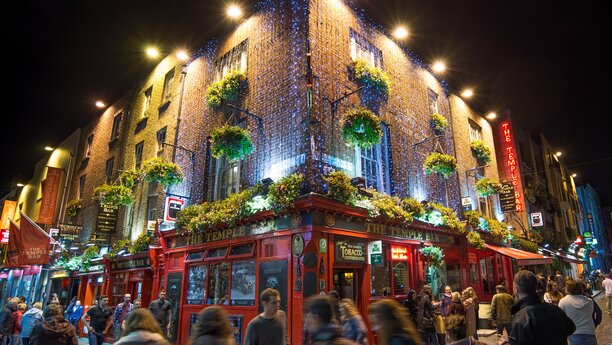 The Sixt branch is centrally located inside the Q-Park at Marlborough Street, only a short distance away from the national monument The Spire.

Parking is located inside the Q-Park.

Please Return to the 5th Floor (Roof level) to our returns area, secure the car in a SIXT returns designated area and deposit the key in our dropbox which is located beside our SIXT branch on the ground floor.

Other SIXT branches in the vicinity of Dublin City Centre * The prices were calculated on 29.09.2022 for a 7 days prepaid rental at Dublin City Centre starting on 29.10.2022. Our prices fluctuate daily and this offer is not guaranteed.

Rent a car in Dublin City Centre with SIXT and choose from compact cars suitable for family parties, convertibles and sports cars for stylish city driving as well as sedans and premium 4x4s. Take advantage of our specially selected add-ons to personalize a car rental deal that suits you. Please be aware we cannot guarantee a reservation for a specific car model, only a car in the category that you choose. We are committed to ensuring that you receive a car rental package that suits whatever travel experience you have in mind. The Dublin City Centre location provides the following optional features:

How to Find Us

Our rent a car Dublin City Centre branch is located in the heart of Ireland's cultural capital allowing you to easily access to the city. The branch is situated inside the Q-Park parking lot on Marlborough Street for maximum convenience. This location is just a stone's throw away from the iconic Spire of the Irish capital. In case you want to get to the city center faster or you're just looking to be in the middle of the action, our City Centre branch is ideally placed.

Discover Dublin with a Car Rental from SIXT

With a car rental in Dublin City Centre, you'll discover a collection of iconic landmarks such as the Savoy Cinema and St. Mary's Protestant Cathedral. With your premium rental car you can easily experience the beautiful streets, dazzling doorways, historic architecture, and live music that the city is known for. Upgrade to a luxury SUV or sedan and sites like Mount Pelier Hill, also known as the Hell Fire Club, in style.

Great service. The staff was very understanding and accommodating. Our booked model( VW Polo) was not available so they gave us an upgrade to another vehicle(Nissan Duster) but we didn't like it, while it was bigger it had less visibility, so they gave us another upgrade to a VW T-Cross. They also took into consideration the vehicle I drive back home which is a VW. Great service!

I have hired a car and SUV multiple times from this city centre location and I have found every experience from collection to drop off very easy. The staff there have been very pleasant and nice to deal with.

We were a group of 5 and had rented an SUV, standard size. We mistakenly figured an SUV that would fit five persons would also fit luggage for 5, despite it saying 2 bags, but we decided to stick with what we ordered even after barely getting everything in. (Might go for a larger SUV if prices were lower*.)

Note: It was a good thing we didn't actually try to get a larger SUV. While it may have been a bit more roomy, it might've been impossible to drive through the tiny streets and garages we eventually drove through. As it was, we barely squeezed the Cupra into relatively tiny parking spaces and past other vehicles.

Our interaction with the agent was great! She (I think her name was Julietta? I can't remember for sure, but something with multiple syllables and very pretty) was very nice, let us add a second driver (easy process), and for an additional 30 euros (might've been only 20), said we could return the car to the Dublin airport rather than back to Q-Park, which was a huge relief.

We also (based on renting in a foreign country, and suggestions from friends) got full coverage insurance from Sixt, not depending on our credit card or Expedia insurance to cover any damage that might be done to the car. It was about an extra $100/day, but well worth it. A friend who'd been to Ireland just a few weeks earlier said her husband, who is a great driver, lost a mirror, and thanks to full coverage, there were no issues upon car return.

The Cupra was awesome! It was a hybrid, so didn't cost as much in petrol as it could have. It did have some automatic features, such as switching between high and low beam for night driving, which we loved. And auto windshield wipers if we didn't get to it quick enough, lol. She was a really great car and fun to drive.

We did get a warning for low tire pressure (we refilled each tire, but the message never went away for some reason, and the tires never flattened), and a warning about the battery part of hybrid needing a recharge, but neither of those things caused us any issues, and we never needed to use roadside assistance.

When we dropped off the car at the airport, the agent noticed that one of us had run up against the curb and caused slight damage to the tire rims, but said since we had full coverage, there would be no cost to us. Credit card is still extra charge free, and I'm assuming it will remain so. Only charged the cost of the car, insurance, and post-rental fee of $3.68 (after conversion) for driving on the M50 (which does not take cash or credit, but relies on license plates).

Anyway, overall, we had a great experience. Would rent from Sixt again.

*The price for an automatic car rental in Dublin is absolutely insane, at least when we went, and a larger SUV would've cost at least an additional $700 for 3 days. As it was, a 3-day rental was over $1600 (including rental and full-coverage insurance), but that's not Sixt's fault; it's supply and demand. Every other rental agency was even more expensive, and for smaller vehicles. (I did just look to see prices for a similar rental period in the future, and the price has gone down tremendously. Only $635 for 3 days, before insurance. Boy, did we go at the wrong time.)

When we arrived to pick up our vehicle their computer systems were having a problem. But this didn’t stop us from getting excellent customer service and they even upgraded our vehicle for the trouble. The prices they quoted were exactly what we were charged, there were no surprise fees. There were about 8 people waiting in line on this day due to system troubles and we received excellent care, they took the time to explain all the coverages that we had opted for. When we couldn’t figure out how to start our electric car they even ran someone out to us to assist immediately allowing us to get on the road as soon as possible. After a different horror stories from other companies I’ve been reading online, I am happy to report this company is everything and more that they claim to be thank you for five star service