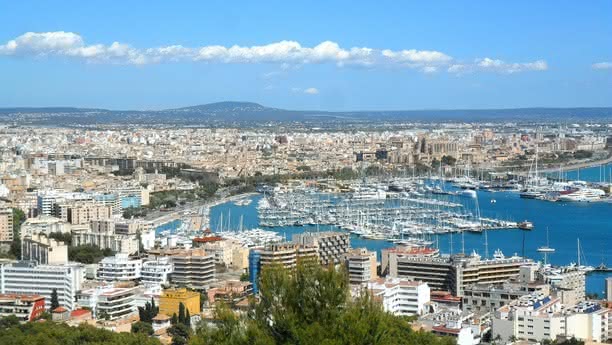 Explore this Mediterranean island capital with your SIXT car rental in Palma de Mallorca. Cruise streets lined with honey-colored stone buildings, stopping off to visit churches, palaces, galleries, and restaurants. Pick up your luxury or economy rental vehicle in Palma de Mallorca from our convenient airport or city locations. Experience everything the city offers from the lavish Palau de l'Almudaina to the Gothic Basílica de Sant Francesc with a rental car from our city branches.

At our Palma de Mallorca branch, we offer a wide range of rental cars ranging from compact and mid-sized vehicles to top-of-the-line convertibles and sports cars. Our fleet contains vehicles from leading names that include Ford, Audi, and Mercedes-Benz while our offers and deals cater to both leisure and business travelers. Please note: We can only guarantee your chosen car category and not a specific model for a car rental in Palma de Mallorca. 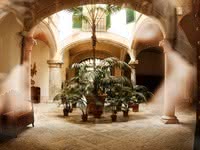 Go online or download our app to reserve your rental car before arriving in Palma de Mallorca. Peruse our airport and city locations then select from affordable sedans, rugged SUVs or luxury sports cars and convertibles. We also offer a selection of minivans, ideal for moving your business or exhibition materials. We can cater to different mobility needs and are happy to welcome young drivers under 25 for an additional fee. Before confirming your booking, browse our comprehensive range of extras designed to make your trip as stress-free as possible. Add-ons at our car rental in Palma de Mallorca branches include: 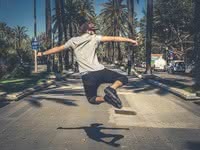 When you rent a car in Palma de Mallorca you can explore the city streets in comfort while adding a GPS to your booking makes it easy to navigate the narrow cobbled streets of the old town area. Palma lies at the heart of the island's road network, making it the ideal base for further explorations. Spanish driving regulations state that children under 12 must travel in the rear seats of vehicles. Parking in the city and at nearby beaches is a mix of street parking, both metered and free, and public parking lots. The island operates a Limited Time Parking system. You must record your arrival and planned departure time and display this clearly on the dashboard of your rental vehicle. Make sure you return to your car before the departure time to avoid a parking ticket. 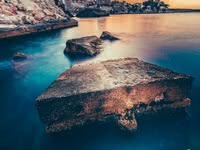 Palma is the capital city of both Mallorca and the Balearic Islands. The name, Palma, originated during the period of Roman settlement although archaeological finds show that people have lived here since the Bronze Age and before. During the Middle Ages, when under Arabic rule, the city was called Madina Mayurqa. It was reconquered by Jaume I of Aragon in 1229 and later saw attacks by Berber pirates and invasion by the French-Spanish army. The city became prosperous during the reign of Carlos III when it was allowed to trade freely with the Indies.

Make the most of your rental vehicle by exploring city sites like the Palau March with its 20th-century sculptures by famous names such as Henry Moore and Barbara Hepworth; Antonin Gaudi's cathedral or the quirky Museu de sa Jugueta which exhibits over 3,000 models and toys. Park your vehicle safely before dining on a mix of traditional Mallorcan dishes and innovative Spanish cuisine accompanied by fine wine. Later in the evening, dip into the nightclub scene of the Passeig Maritim and Club de Mar. The cultural life of the city includes folk music, opera, pop concerts and movies. 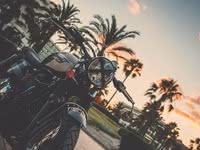 While Palma has plenty of attractions to enjoy, take advantage of your rental car and spend a couple of days exploring further afield. Enjoy the countryside from the comfort of an SUV as you drive through olive and citrus groves to the pretty and historic town of Sóller. A leisurely drive along the coast in a comfortable rental sedan takes you to the long stretch of family-friendly beach with its fine white sand at Magaluf. If you are traveling with children and teenagers, spend some time at the nearby Katmandu Theme Park where they can enjoy the thrilling rides and 4D cinema. Head inland to explore and hike in the island's mountainous countryside. Near the village of Puigpunyent is the La Reserva Natural Park. The young at heart of all ages can enjoy its range of outdoor activities, petting zoo, and spectacular birds of prey displays.

Distances from our Palma de Mallorca Airport branch to:

As the capital of the Balearic Islands, the city is also a business hub as well as a leisure destination. Rent a car in Palma de Mallorca when in the city on business and you can travel easily between your hotel and meetings or to conventions and exhibitions held at the Auditorium of Palma.

Distances to the Auditorium of Palma from our branches at: