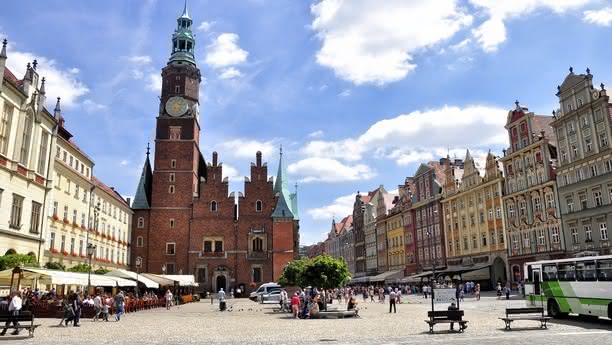 SIXT make it easier than ever to rent a car in Wroclaw, Poland, thanks to two conveniently located car hire offices; one at the airport and one at the main train station. A wide variety of rental car options are available including sedans, station wagons and vans. * The prices were calculated on 27.09.2022 for a 7 days prepaid rental at Wroclaw Airport starting on 27.10.2022. Our prices fluctuate daily and this offer is not guaranteed.

Sixt offer unlimited mileage for all rentals in Wroclaw, meaning you can explore the city as much as you want. Whether you're planning a quick road trip for the family or want the use of a car for the whole time you're away, there is something to suit your budget and needs with our rent a car service. The convenient locations mean you can fly and drive into Wroclaw, without any hassle or transfers. Our friendly rental teams will ensure you are more than happy with your hired car and great deals. 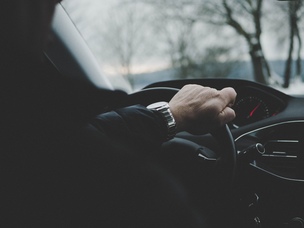 Wroclaw has everything any holidaymaker could want; from fascinating historic hotspots, to incredible architecture and lively cultural scene. A twenty minute drive from the airport, the Wroclaw city center is bursting with tourist sightseeing opportunities; including the awe-inspiring central square, Rynek. Take a break from the bustling city and prepare yourself for a road trip out into the countryside, to the nearby Stobrawa Landscape Park (Stobrawski Park Krajobrazowy); just an hour and a half from Wroclaw center. Beautiful scenery and the tranquil Stobrawa River can be found at this protected park, giving you plenty of time for rest and relaxation. If you would prefer a longer drive then you can get to Krakow and the Auschwitz museum in around two and a half hours, from the Sixt Rent a Car office at the Wroclaw airport. By booking car rental in Wroclaw you can experience many of the beautiful things this city, and it's nearby towns and villages, have to offer.

To be honest, I was quite leery booking with Sixt at the airport in Wroclaw, especially after reading a number of negative reviews. However, the price the offered for an SUV was so much lower than the other carriers, I decided to take the risk.

I'm glad that I did. The service that I received with Sixt was fantastic. The staff who worked at the desk were very friendly, courteous and professional. Unlike a number of people whose reviews I had read, I had no problems with the reservation. I had remembered to bring my rental code from the 3rd party website I had booked through, as the website suggested. But, as it turns out, I didn't need it. The staff new I was coming.

Another issue many people have raised had to do with insurance. I had purchased rental insurance through CAA before we left. I was a little concerned that they wouldn't recognize it, but again, there was no problem. I showed them my insurance certificate (which CAA strongly suggested I do), and there were no problems at all.

Once we received our keys, we went out to the parking lot and found our car. We were met at the car by someone from Sixt who did a walk around to ensure there was no damage to the car. This was another area of concern for a number of people, but it wasn't an issue for us. We mentioned a couple of spots where we saw dings, and scuffed paint, and the employee noted them.

The car itself was great. It was big enough for the four of us, super comfortable, and performed very well for all 3,000 km we drove during our 3 weeks.

I know a lot of people have posted negative reviews, but our experience with Sixt was nothing but positive. I will have no problem renting from them when we visit Poland again.

When I travel to Wroclaw I always Rent my Cars with Sixt. Friendly staff at the Counter and great Service, very fast and also great rates.

I received great service from Mateusz. I showed up earlier than expected, and he helped me with ensuring my reservation was correct with the right insurance package. He warned me of the new traffic laws that came into effect recently also. I have always been satisfied with Sixt. They have good, clean cars and great service.

After having tried worldwide car rental services for many years, I can definitely say that Sixt is among the best you can find! Wroclaw airport booth is indeed one of their best, professional and relaxed staff together with a pleasing upgrade, what can you ask more? Suggested!

Great staff and vehicles. If you come at a right time and they have luxury cars available you can get a tremendous upgrade deal.