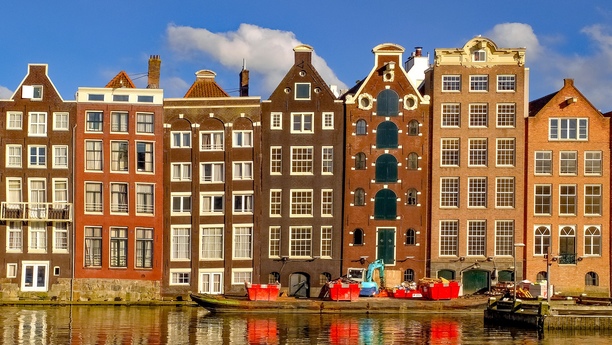 The SIXT branch is located in the De Ruijterkade 44B, 1012 AA Amsterdam. In the IJ hall on the far eastern side.


Walking directions from the central station

Keep left at the Watergraafsmeer junction and follow the signs A10 noord / E35 direction Zaanstad / Purmerend / Ring Amsterdam noord / Centrum / s114 through s118. Merge onto A10 / E35. Take the exit Zeeburg to s114 in the direction of Centrum. Turn left onto IJburglaan / s114 continues on s114. At the second traffic light you will find a sign from SIXT, follow Parking Oosterdok. Enter the Piet Heintunnel, then turn right to the Panamalaan / Piet Heinkade s100. Continue on the Piet Heinkade s100, after about 1.2 km turn right on the Oosterdokskade and follow Parking Oosterdok.

Please return the SIXT vehicle to Oosterdok Parking (Level -2), Oosterdokskade 138, 1011 DK Amsterdam. To return the vehicle go to level -2 and follow the signs for SIXT in the parking.


Please drop the key in the key box at our parking office in the SIXT return area. Park your car near our office. Address: Parking Oosterdok, Oosterdokskade 154, level -2.

Other SIXT branches in the vicinity of Amsterdam Centr. Train Station MANUAL
Audi A4
Or Similar | Sedan * The prices were calculated on 20.06.2022 for a 7 days prepaid rental at Amsterdam Centr. Train Station starting on 20.07.2022. Our prices fluctuate daily and this offer is not guaranteed.

Your rental car is waiting for you just outside the train station.

Explore Amsterdam and beyond as much as you want as unlimited kilometers are included with standard rentals and some premium categories.

Our friendly, English-speaking branch staff can answer any questions you might have.

Returns are possible 24 hours a day. Pick-ups outside of business hours are also available by request for an additional charge.

Rent a car at Amsterdam Central Train Station to explore the city at your own speed. We make it easy to choose a vehicle from our available car categories. Our Amsterdam Central Train Station car rental offers include premium sedans and convertibles, and passenger vans and SUVs for larger groups. We even have electric cars. There’s no need to worry about younger travelers, as we offer child seats as an extra. If you’re new to Amsterdam, add GPS to your rental.

Our Amsterdam Central Train Station car rental branch is in the IJ Hall on the east side of the station. Follow the signs for IJ when getting off the train. Turn right at the end of the passage and you’ll find us near the stop for Tram 26. The return location is in Oosterdok Parking on Level 2. Follow the SIXT signs to our parking area.

Explore Amsterdam with your car rental​

Amsterdam Central Train Station is itself is an iconic sight you shouldn’t miss, built in the 19th century in Gothic-Renaissance style. Nearby are a few museums like the NEMO Science Museum or the Rembrandt House Museum as well as historic churches and plenty of shops. A little farther away you’ll find the Anne Frank House and a chance to walk along the famous Amsterdam canals.

We rented a Mercedes E Class and the car was amazing. But you shouldn’t forget the refuelling because they have a 75€ penalty… Too much. Really recommended place to rent a car.

I'm an Italian expat living in Amsterdam since many years now, and believe me, every time I had to move from one old apartment to a new one I was always very stressed out; I've been collecting so many numbers of people that own a van that you can't even imagine. But finally I found SIXT! Not only to drive and move through the city, but also able to put all my stuff in it and change apartment in few hours! I've been renting 2 vans in the last 2 weeks; the first one was for my moving and the second one was for my boyfriend that also was going to move.. So i basically booked 2 vans, the first one on a Saturday, and the second one on a Monday for my boyfriend. Everything is been soooo smooth! The vans are both very new and super comfy! Easy to drive and very very clean from the inside, I was almost feeling guilty cause we had to fill it up with all kind of objects and luggages and furniture.

I have to say, I will always recommend Sixt to all my friends and people that will need to move through the city for holidays or moving. It's been the smoothest driving/moving experience ever had in Amsterdam since 2016 :D Thanks!!!