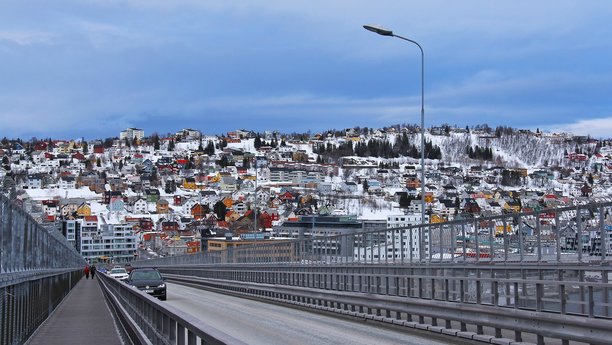 The SIXT branch is located on the other side of the arrival hall.

The Airport can be reached by Airport Express coach (flybussen) and the local bus route 40 and 42.

The SIXT parking is in the parking garage at area P2.

Please park the SIXT vehicle at the SIXT parking which you find outside on parking area P5 (Rental car Return). The key can either be returned at the SIXT desk or in the key safety box which is located in the SIXT office door.


Please park the SIXT car at the SIXT parking which you find outside on parking area P5 (Rental car Return). The key can either be returned at the SIXT desk or in the key safety box which is located in the SIXT office door.

Other SIXT branches in the vicinity of Tromsø Airport

Sixt car rental offers an indispensable car rental at Tromsø Airport, Norway making it easy to rent a car of your choice at an affordable price. The company has a wide range of quality vehicles, less than six months old, to satisfy all your rental needs. Whether you are looking for a convertible, sports car, economy vehicle, vans, luxury car we can accommodate. Rent a car at Tromsoe Airport with our online booking and have vehicle waiting upon arrival at the airport. There are also several optional extras like unlimited mileage,additional drivers, child seats, LDW, GPS navigation, and luggage racks.

Tromsø Airport (TOS) is located at Langnes, on the eastern side of the island. It is the largest in Northern Norway, serving more than 3 million passengers annually. The airport was opened in 1964 and its terminals have been rebuilt and modified several times to make it a world class airport.  The Sixt car rental office is located inside the terminal building and operates 24/7 to allow for the pick up and return of vehicles at your convenience. 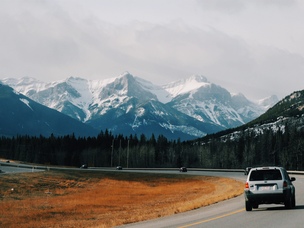 Things to See with a car rental from Tromsø Airport

One of the most extraordinary experiences to have in Tromsø is the view of Aurora Borealis, a light show in the sky and a special occurrence in the world. Drive to the Polar Museum in the city center to explore the history of the city and celebrate the nature and culture of Northern Norway. Right in the city center, you will find Northern Norway's largest collection of wooden houses, some dating back to 1789. Drive toward the mountains to see the fjords and glaciers.

Received a great service from Amdesh (hope I spell that right). Great guy, he helped me a lot during the reservation and saving problems. I highly recommend every one to him and SIXT. Looking very forward to fly over there in summer.

Big car, automatic and almost new. It seemed to be an upgrade. But when I returned the car exactly in the same condition, they send me an automated email that they found some more damages in the car. Finally they haven't charged me, but they haven't refund the deposit yet (one week later).

Overall a fantastic experience. Picking the car up was really easy, we received a pretty hefty upgrade (from a VW Golf to a Hyundai Ioniq, which saved us a TON of money since it's a hybrid). The car was in fantastic condition, the whole procedure was like 10 minutes until we were in the car, ready to drive. Drop off is equally as easy, you just park at the same spot you got the car from, give back the keys and voila. The only thing that was "wrong" for me, was the fact that I had to remind them about releasing the blockade on my credit card (after 2 weeks of waiting, was supposed to be 4 days). Fortunately it didn't matter much, after calling them and asking about the blockade, I got my money back the day after. Also, keep in mind that unlimited mileage, even though it's paid for, is ABSOLUTELY worth it, even comparing to other car rental companies at the airport, and if you're not driving like crazy, you won't meet any "surprises" in extra fees when you're giving the car back.

Everything worked out fine and i got my car really quick. No problems whatsoever.