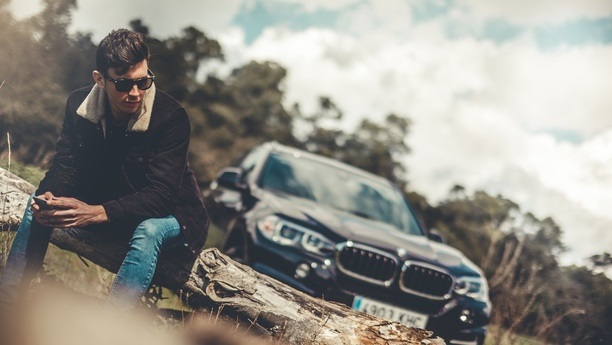 Our SIXT branch is located in the arrival hall.

Take public bus to Shannon Airport. When you are at arrivals please proceed to SIXT desk.

Please park your rental vehicle in a designated SIXT rent a car parking space (rows J or K), and return your keys to the SIXT representative at the in-terminal SIXT desk located in the arrival hall.

Park your rental vehicle in a designated SIXT rent a car parking space in the short-term car park (rows J or K), and return your keys to the secure drop box at the in-terminal SIXT desk located in the arrival hall.

Other SIXT branches in the vicinity of Shannon Airport

Our Shannon Airport car rental counter is located after the baggage claim area in the arrivals hall of the main terminal building.

Our vast fleet gives you access to vehicles from top names such as Mercedes-Benz and Volkswagen.

SIXT rental cars are, on average, just 3 months old and will give you a like-new feel on the road.

Our competitive prices mean you can rent a first-class vehicle at a great price.

Whether you’re in County Clare for its natural beauty or a taste of Irish culture, you’ll need a rental car for a comfortable trip. Consider renting a car with SIXT to take advantage of our affordable rates and excellent customer service. Our vast fleet has everything from sedans to SUVs to premium vehicles, so you can always find what you need. A sedan is a perfect choice for city driving, while an SUV would do great on longer trips. Additionally, you can customize your Shannon Airport car rental with our bookable extras, including GPS, child seats and additional drivers.

We are conveniently located in the main terminal building, in the arrivals hall. Our rental desk is marked with bright orange signage, and you’ll easily spot it if you’re coming from baggage claim. You’ll pick up and drop off your rent a car from the SIXT parking spaces of Row J or K of the airport lot . If you’re on the M18 to Shannon Airport (SNN), take Exit 9 and continue along N19 to the airport terminal.

Explore Shannon with your car rental​

A rental car gives you the freedom to explore Shannon and its surroundings comfortably and at your own pace. Within Shannon you’ll find several museums, markets and art galleries to explore. If you’re looking to see more of the area, the Doolin Cave, Bridges of Ross, Aran Islands and Loop Head Lighthouse are within driving distance. The region is also home to pristine beaches and hiking trails, and some of the most popular include Lahinch Beach, Kilkee Beach, Kilkee Cliff walk and the Burren Walks.

This was my second attempt at renting a car from Sixt. This time successful since they decided to have a car for me. I rented for Sixt simply because it was the one that indicated on its webpage that it would be open for rental at the time I arrived on a Sunday night. So I arrived, severely jetlagged after 23 hours of travel to find the guy with the keys had not given up five minutes before I got to the desk and was waiting there. He might have said something important about the return (a bit of foreshadowing there.) but I was trying hard to remember my name at the time. Car was nice in the interior but the outside look like it had been gently tortured. (All nicely documented on the rental agreement.) Bonus - the fuel was actually full. No need to play the "how much is half a tank game" on the return. So I proceeded to drive off mostly on the correct side of the road and only occasionally on the right. Properly indicating my turns with the windshield wipers and diming my headlights whenever the windshield got splashed with mud. After a joyous three weeks staying within a convenient stagger of a pub I returned. Now, one would think that at the airport there would be signs pointing out the car rental return. This is a common feature. Shannon Airport is no different. It has the signs. They point at a row of dark, vacant buildings with gated and empty parking lots...the only road past them leads to the parking lot where someone had erected a placard in front of the short term parking lot entrance saying " on-line booking only". Not sure what that was about but it turned out that it was right in front of the small print that said "Car rental return". Took a while to figure that out. Parked car and headed somewhat late into the terminal. This time the desk was unmanned. But the comedy gods where not finished with me yet. Sign said to return keys to drop box at end of desk. For those that have not driven a Renault the key fob is a large flat thing more like a tv remote. It does not fit in the slot at the Sixt counter. Fortunately, I noted their failure to use a secure lock so it was a simple mater to open the box, resist the temptation to borrow the BMW keys inside, place key fob in box and relock.

Cannot rate our car rental experience with Sixt highly enough. Gerald was extremely helpful, kept us fully informed of the process, and ensured that our individual needs were swiftly met; allowing us to select a different car that was better suited to us. Would not hesitate to recommend this company, and will definitely be using them again!

Rented a people carrier. Hassle renting a car as its not based in Shannon airport but recommend anyway. Good prices and good service

It was our first car rental experience here in Ireland and the gentleman tried his best that we get the best terms and condition, which is very important especially for younger customers. It was possible to rent a car without a credit card under 25y and we could also write an SMS at any time if we had any questions and we received very good and friendly help. Highly recommending to rent a car in there.

My car had to undergo repairs recently, and it meant I didn’t have it for at least a day. SIXT came to the rescue, and they got me a car for the day, quick and straightforward procedure to rent, staff very helpful, and the whole transaction took only a few minutes. I will go back to the SIXT in Shannon again if I ever need a car for a few days. Great service.

Great value and very straightforward, easy experience! Thanks to all at Sixt Shannon.