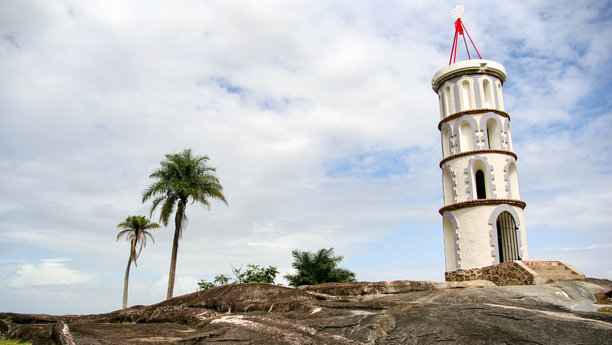 The SIXT branch is located in the arrivals area.


From Chania to the airport

From the Market Square, Chania's Downtown head to the east through Eleftheriou Venizelou street and after 1.100 meters turn right at the traffic lights. Now you are at Manou Koundourou street, which continues as Akrotiriou street. Keep this road until you meet the second roundabout (after 9.7 kilometers) where you should turn left, following the Airport signs. About 2.6 kilometers away, turn right and within 600 meters you will enter the Airport entrance.


From Souda Harbour to the aiport

From the point where you leave the ship you are approximately 1 kilometer away from Chania. Turn right on the first traffic lights and keep straight until you reach the first roundabout (about 5.8 kilometers) and follow the signs to the Airport. At the next roundabout (4.5 kilometers away from the airport), turn left. After 2.6 kilometers turn right and within 600 meters enter Airport Entrance.

SIXT Parking: the left, 50 meters away. The designated SIXT flags will guide you to the parking.

Our parking area is after 200 meters at your left. You park the SIXT vehicle and you hand in the keys to our desk office, which is at the arrivals area.

Pick-up out of opening hours is possible for an additional charge. This service is bookable on request. Please provide your flight number, e-mail address and mobile number.


Return out of opening hours is bookable on request. Please provide e-mail address and mobile number.

The parking area is located across the arrival hall. The keybox is located outside the Branch.

Other SIXT branches in the vicinity of Crete Chania Airport * The prices were calculated on 20.01.2022 for a 7 days prepaid rental in Crete Chania Airport starting on 20.02.2022. Our prices fluctuate daily and this offer is not guaranteed.

With our location directly at Chania Airport, it’s simple to pick up your rental after your flight has landed.

SIXT is proud to have a fleet with vehicles from top automakers like BMW and Mercedes-Benz.

Our 24-hour return at Chania International Airport Ioannis Daskalogiannis makes it easy to return your car at any time of the day. We also offer pick-up outside of business hours for an additional fee.

When you rent a car through SIXT, you’ll be able to benefit from our competitive rates for premium vehicles.

Book a Chania Airport car rental for a great way to explore Crete at an affordable price. Our fleet at CHQ is filled with a diverse selection of premium vehicles that are sure to match your needs. We have a range of vehicles, including sedans, SUVs, vans, convertibles and compact cars. You can also add bookable extras, like child seats, an additional driver or GPS Guaranteed. If you want to enjoy the Greek sunshine, select a convertible. For extra room and comfort, choose an SUV.

To pick up your Crete Chania Airport car rental, head to the main arrivals area of the airport. You’ll find the SIXT counter there. Our fleet is in a parking lot outside the airport, and you can find it by looking for the SIXT flags. When you are ready to return your vehicle, you can do so by bringing it back to this same location and returning the keys to the SIXT desk in the airport.

Explore Chania with your car rental​

A car rental makes it easy to explore everything in Chania and throughout Crete. You won’t want to miss out on iconic destinations like Elafonisi, which is known for its pink sand beaches, or the Heraklion Archaeological Museum. You can also head to the freshwater Lake Kournas, which is best reached by driving. History buffs will love spending time at the Rocca a Mare Fortress, which dates to the early 16th century.

Thankful they were able to rent me a car in such short notice after a reservation with a smaller company fell through after we landed. They were able to get me a car which was great but they never asked me anything if I wanted insurance, pre-paid fuel, etc. They just added it into the final fee and I asked was there any way to make the rate cheaper and she said no. So I said fine, let's do it. I get the bill and sure enough every since option was added - interior coverage, roadside assistance, third-party insurance coverage, pre-paid fuel. This cost me over 150 EUROS in unnecessary fees. Had they been more transparent, it would have been fine, but they added that in and didn't even communicate this to us. Unprofessional beyond belief and we were absolutely duped as a vulnerable renter.

UPDATE: Sixt Customer Service stepped in and offered a refund of a portion of the add-ons. Usually companies don't do this after the fact so I increased my rating to 4 stars. I am going to say this one a one-off and not indicative of the company practices.

Friendly, helpful and flexible. Great service. We will come back.

Great selection of cars both Auto and manual.

Eleni at the desk in particular has made renting here very easy!

I have had a rental vehicle for over 5 months now from SIXT and it has been a great experience. Eleni one of the main representatives has always been welcoming and professional. She always makes the process easy and painless every month when I renew my contract. Great costumer service skills. Would definitely rent again from this company in the future.