What do uncompromising design, an individual character and a sportive Jaguar estate model have in common?

The island of Mull is still quiet as we head to meet Guy Grieve in a Jaguar XF Sportbrake. The window shutters of the bakery are closed, the picturesque houses of Tobermoy are asleep, and the sea loses itself amid the pitch-black scenery. Welcome to Scotland. Only crazy people would think of going for a dive at this hour. Or men who make a living by catching delicious seafood from the sea. We quickly reach the pier. Guy Grieve is already busy with compressed air cylinders and pulls a heavy dry suit, diving regulators, and fishing nets from his vehicle.

Many years ago, Guy Grieve led a life like millions of others. He had a job, a family and a terraced house. Debts, a long commute to work – and the feeling that something was seriously wrong.

Once, while stuck in traffic, he dreamt of adventures at the wildest ends of the world. One day, he decided to place all his eggs in one basket. Grieve moved to the Alaskan wilderness. He built a cabin on his own, fought against wolves and bears, learned how to hunt and ice fish, and finally found his way back to himself. A heartbreaking and true story. Told with a twinkle in his eye and with the black humor of a man who now lives on the world’s wildest island while running the ‘Ethical Shellfish Company’. Nearly every day and in any weather, Guy and his men dive 30 meters deep to harvest exquisite scallops. Since they work manually, it could not be more environmentally friendly. The reward for his job which is not by no means harmless:

“Diving after scallops is an honest work. You’re at eye level with nature and don’t exploit it”

He brings 80 kilos of scallops on board after each good dive. His catch supplies restaurants all the way northwards to London. His customers appreciate the quality and ethical manner in which he catches his scallops. “We make no compromises. Life is not only about money. It is about how you live”, he tells us.

“We also make no compromises. The XF Sportbrake is a ‘real’ Jaguar with the identical chassis DNA that all other models have. Tested to its limits. As a result, the new XF Sportbrake can be driven very boldly and, at the same time, in a very classy British way. Once you’re in the car, you immediately notice: This is a place where you feel at ease”, Mike Cross, Chief Engineer at Jaguar, says.

It wasn’t actually planned but the XF Sportbrakes comes in real handy. In times where everybody is talking about SUVs, a station wagon is a very elegant alternative. It’s nearly as practical but more sportive and more economical, and it reflects an individual taste in the mold of an SUV. “The Sportbrake actually looks better”, Guy confirms. Ultimately, he wants to get behind the steering wheel of the new Jag – to tell a new story in exchange for that.

Electric cars are the choice of environmentally aware … END_OF_DOCUMENT_TOKEN_TO_BE_REPLACED 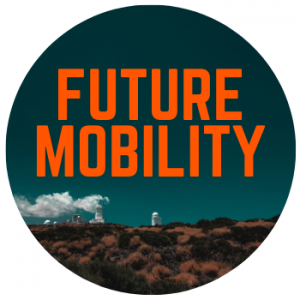