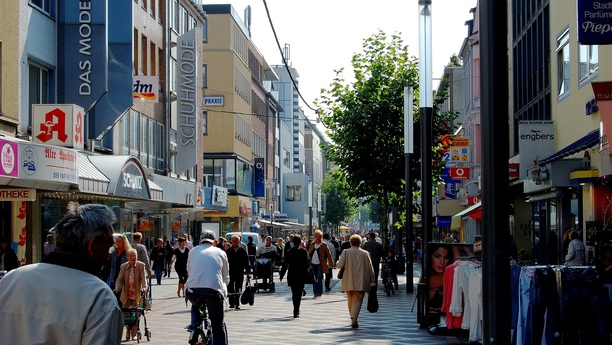 Car rental in Gelsenkirchen with Sixt is the way car rental should be: quick and easy. Vehicles in a range of sizes and types are available and some of them can accommodate up to 15 passengers! It's worth remembering that Sixt has a large fleet of convertibles and SUVs available too. Collecting your car is straightforward, allowing you to drive away and start your holiday as quickly as possible!

What to see here with a rental car

Gelsenkirchen is a relatively large city in the west of Germany. It is in the centre of the Ruhr region, formerly the country's industrial heartland. The city is known for having a very good public transport system, although it is still worth having a car for exploring further afield. Both Dusseldorf and Cologne are just a short distance away. For families, one of the city's most popular attractions is Zoom Erlebniswelt, an interactive zoo! It is split into three environments: Africa, Asia and Alaska, each with its own habitat and resident animals. If you have children, a day here is a day very well spent. In the suburbs of the city is Nordsternpark, a former industrial area which has been reinvented into an activity area with bike paths, walking trails, and numerous play areas for children. It even has an open air theatre which screens feature films on summer evenings. Perhaps the most impressive building in Gelsenkirchen is the Veltins Arena, home of Bundesliga football club Schalke 04. The stadium is one of the most modern and advanced in Europe, featuring a retractable roof and even a sliding pitch! It hosts a number of events throughout the year, from exhibitions to pop concerts and operas. Plenty of parking is available. The advantage of car rental in Gelsenkirchen is that it allows you to explore the city at your leisure - the essence of a really good holiday! Why not explore the possibilities of car rental in Gelsenkirchen today?