Vincennes
Sorry, we have no results for you :( 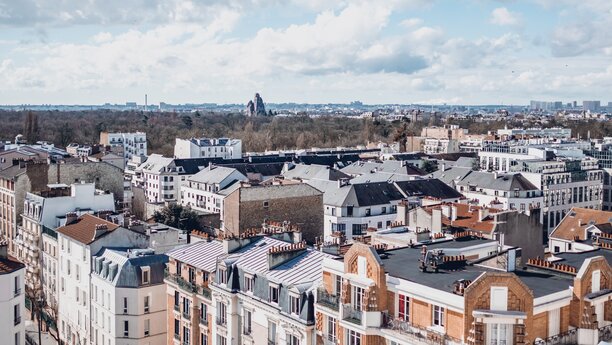 Rent a Car with SIXT in Vincennes

Rent a car in Vincennes with our simple online booking system where you can arrange and manage every aspect of your SIXT rental car experience. In Vincennes you can choose from our stylish range of sedans, convertibles, SUVs, minivans and passenger vans to find the perfect vehicle for your mobility needs. We have a selection of both economy and luxury rental cars available to suit a range of budgets.

Rent a car in Vincennes for our excellent online booking service and friendly customer service. We also have a 24/7 customer service should you need help at any time during your rental period. For your car rental in Vincennes our offers include the premium location fee and your road tax for driving in France. We have a huge range of extras available so that whether you are taking a business trip, family vacation or group road trip you can make the experience more practical and convenient.

Some of our optional add-ons you can choose in Vincennes:

A huge advantage to picking up your rental car in Vincennes is that you can avoid the congestion in central Paris and easily travel from there to explore more of France. Getting into the center of Paris only takes around 20 minutes if you avoid rush hour. Our Vincennes location is just outside of the main Paris ring road that joins up quickly with all major routes leading in and out of downtown.

The massive Château de Vincennes and surrounding grounds are the major tourist attraction here. A castle, a royal residence and a fortress, the chateau was built in the 12th Century and is the only royal residence that survives from Medieval times. Behind the chateau lies the sprawling Bois de Vincennes. It is the largest public park in Paris and contains Lake Daumesnil, the Parc Floral de Paris with more than 3,000 species of flowers and the National Museum of History of Immigration. Because of its size and the sheer variety of attractions you can easily spend more than a day exploring this area.

Barriere du Trone and the Colonnes du Trone in Paris are also impressive historic monuments and well worth a visit. Situated on the Place de la Nation, these two towering columns were built in 1787 and designed by Claude Nicolas Ledoux. You should also stop to admire the bronze statue Le Triomphe de la Republique located in the center of the Place de la Nation.

With a rent a car Vincennes you can visit the Eiffel Tower, the Louvre, the Arc de Triomphe and everything else Paris has to offer in no time at all. As you will be nearby, we also recommend a trip to Montreuil. Emile Reynaud and George Mélies worked here creating pioneering cinematic techniques and the creativity in the area is still going strong today with vibrant street art and a host of small galleries. With a rental car you can also quickly reach the incredible Fontainebleau Palace, located in a huge forest southeast of Paris. It is one of the largest royal chateaus with more than 1,500 rooms. Having been inhabited by royals for seven centuries, the opulence of the interiors and the art history within is staggering. The landscaped parks and gardens are equally impressive.

Distance from Vincennes to: