Nantes Atlantique Airport
Nantes TGV Train Station
Nantes West/BMW
Sorry, we have no results for you :( 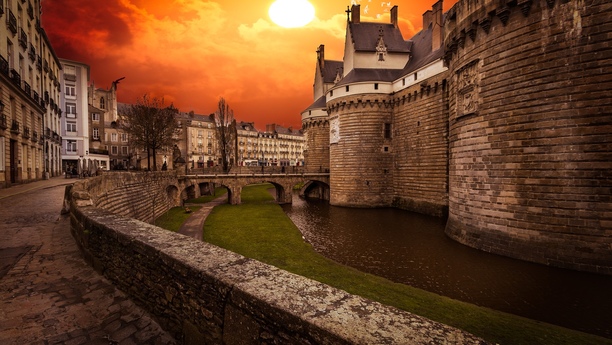 If you are looking to rent a car in Nantes, Sixt car rental has a range of vehicles to choose from; visitors to Nantes can rent a car from Sixt from one of our locations either at Nantes Airport, or from Nantes TGV Train Station, on Rue Cornulier. From either location, you can rent from a range of city cars, family cars, sports cars, convertibles as well as 4x4 vehicles and SUVs. It is easy to rent a car from Sixt and can be arranged online or on location. If you do arrange your car rental online, Sixt will ensure that your vehicle will be ready for you on your arrival.

Renting a car in Nantes, France

Nantes itself is host to a variety of attractions, such as the Castle of the Dukes of Brittany, which houses the Nantes History Museum, the Cathedrale de Saint-Pierre et Saint-Paul, which is a spectacular example of Gothic architecture, and breath-taking views in gardens such as Jardin des Plantes, Parc de la Beaujoire and Jardin Japonais. The advantages of a car rental from Sixt, however, will allow you to explore places further afield, like areas of natural beauty such as Brière Regional Natural Park to the West and Réserve Naturelle de Grand-Lieu to the South. For family excursions there is also Zoo La Boissiere du Dore to the East. Of course, you can also simply venture out and enjoy the French countryside around Nantes. Also, note that driving in Nantes, and France in general is like in the US, but be mindful that speed limits are measured in kilometers (km) rather than miles (m).